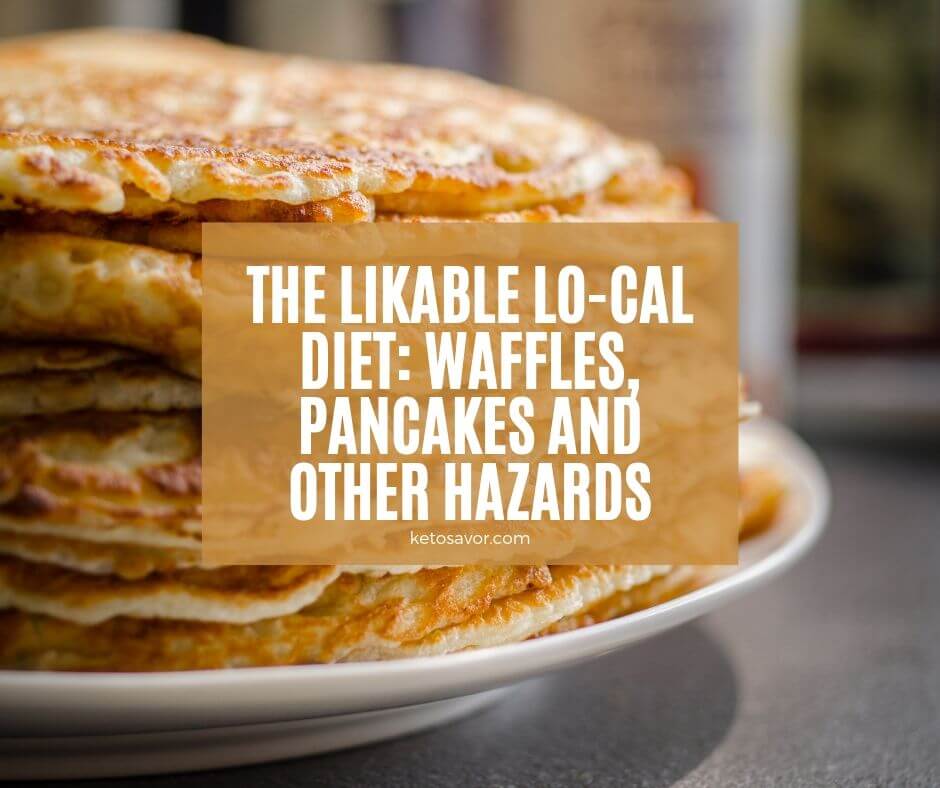 We continue to explore breakfast options for staying under 1,200 calories a day. Here come some of the less advisable ones.

Okay, so now you’ve got a few solid choices for keeping breakfast in the 250-300 calorie range: Hot cereal, cold cereal, eggs. But now you’re skimming down the menu for some alternatives. I’ll reiterate here that I don’t want to be the scold who tells you what not to eat. But the goal here is to make a 1,200 calorie day go by as easily and hungerlessly (?) as possible, and the way to do that is to keep the breakfast stats on the low end.

One other thing I’ll mention here, though, is that the nice thing about a lo-cal diet like this one is that unlike, say, the Atkins Diet, it’s not the end of the world if you bend the rules now and then. If you cross the line into a couple 1,300 days, you’ll still lose weight, particularly if you make the effort to balance it out.

Have an unusually caloric breakfast one day…Okay, maybe have an unusually low one the next day. Or skip lunch. Or exercise a bit longer. Or…whatever. It happens. This diet would hardly be all that “likable” if there was no room for the occasional cheat, right? So let’s not consider the items in this column flat-out DON’Ts. They’re just…a tad more expensive, let’s say. For example…

So if we’re talking about standard go-to’s like pancakes, waffles and French toast, let’s address their common element first, and face facts: a) They’re all about syrup, and b) that’s the problem. Two tablespoons of maple syrup is about 100 calories. That’s the REAL maple syrup, mind you; the phony stuff like Aunt Jemima is a tad higher. How much syrup do you generally pour on a typical serving of these things? If you’re like me, probably more than two tablespoons, but let’s pretend that’s accurate for the moment.

Now let’s imagine the lowest-calorie French toast possible: Two slices of the beloved Orowheat Double Fiber bread, 70 calories each. The batter, let’s say 60 calories worth of eggs (1/2 cup of the pourable stuff), and maybe 10 calories worth of milk and vanilla. And let’s be even a tad more conservative and say that because this is such a small serving (those Orowheat slices are pretty thin), you’d only use ONE tablespoon of syrup on it. So…(70 x 2) + 60 + 10 + 55 is…265 calories.

That’s not so bad, and it’s about as good as you’re gonna do in this genre…But it’s not very filling, and unless you’re some sort of wizard in the kitchen, it probably won’t be all that good; Orowheat Double Fiber bread is a lot of things, but ideal for French toast, it ain’t. Upgrade the bread to, say, sourdough? 120 calories a slice, so now you’re at 310 calories before you’ve even added any syrup. Okay, so make just one slice and have some fruit or cottage cheese on the side? Sure, you can do that and probably make it all work out. Do you really need your French toast fix that badly? Wouldn’t good ol’ oatmeal be a lot simpler?

Obviously, these are enormously broad categories with lots of options, particularly pancakes, of which there are a seemingly infinite variety: Buttermilk, blueberry, silver dollar, chocolate chip, gluten-free, made from mix or scratch, and so on. Not gonna list ’em all, so feel free to investigate on your own, but this sums up the basics of the situation quite succinctly:

So on the one hand, a single waffle with a tablespoon of syrup isn’t SO bad, at 305 calories. On the other hand, it’s not much food, and think of how much oatmeal, cereal and/or eggs you could have wolfed down for that same 305 calories. You could’ve had TWO big bowls of oatmeal!

Pancakes…Even worse. ONE pancake is 170 calories before you’ve even put anything on it? How filling is one pancake going to be? How many bites will you get out of it? Five? C’mon. This is crazy talk.

Then again it’s not as half as crazy as…

One cup-sized serving of Hormel CBH = 387 calories. And that’s before you’ve topped it with the obligatory poached egg. ‘kay, moving on…

416 calories in one six-ounce order. And that’s without ketchup (15 calories/tablespoon)!

This involves some math, adding up all the elements. Feel free to break out your calculator and add it up. I don’t even have the heart. The Hollandaise stats alone could ruin your day.

On the other hand…

We covered these in a previous column, but for the lazy and/or tardy:

Okay, not a good example. Let’s try this again.

Now we’re talking! Or even…

So any of those, in moderation, can work as a side protein source, as could…

Fat free: 35 calories/quarter-cup. Another admittedly acquired taste, though. In truth, I still haven’t acquired it.

But now we’re getting back into some actually decent options, so hold that thought for another day. The bottom line here is that most of these are not what you want to go with unless you’re feeling extra-naughty or deserving of reward. Have them on your day off or your birthday. That’s what they’re for.

Otherwise, at the risk of repeating myself, being repetitive or sounding redundant: Stick to oatmeal.

Effective Ways To Have Your Pre-Baby Body Back

4 Tips On How To Work On Losing Weight

Useful Tips For Moms On How To Relieve Breast Engorgement

Drug Recovery Centers: How to Find a Great One

How Can Cosmetic Procedures Lead to Permanent Health Improvements?

How Your Diet Can Affect Your Mental Health