HeAll – The Resource Center for Body, Mind, and Spirit 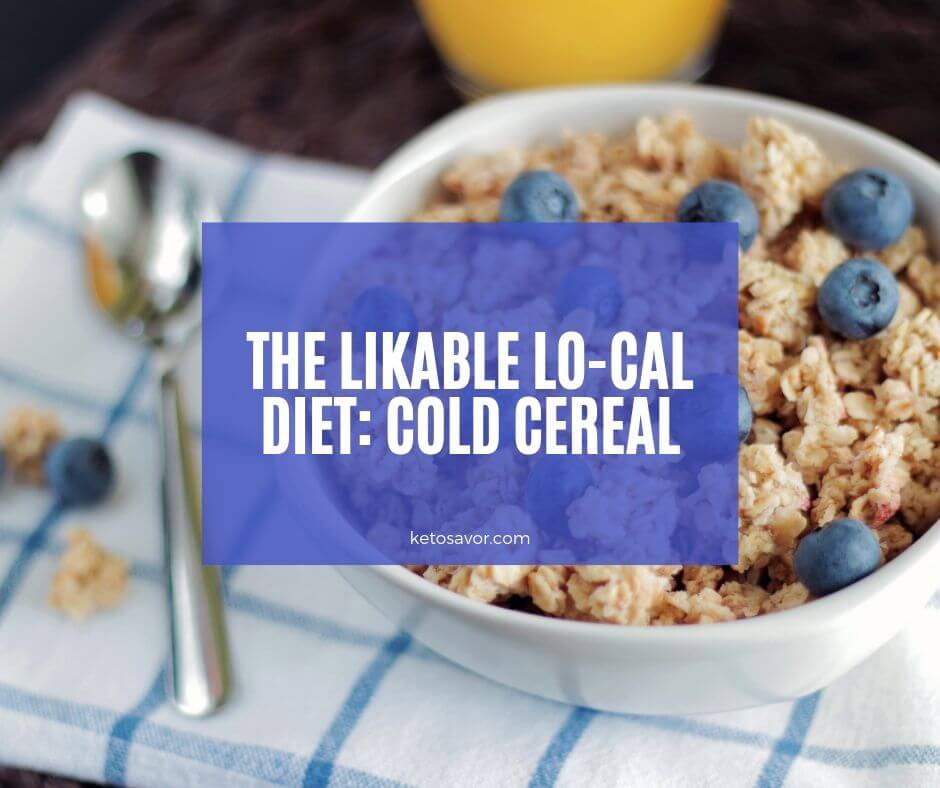 So tell me if this surprises you:

Now, far be it from me to advocate eating the Lucky Charms over the Grape Nuts, but for our purposes here – which is to say, staying under 1,200 calories a day – the Lucky Charms seemingly come out ahead. Way ahead. Right?

Well…Note that word “seemingly”. That’s because breakfast cereals aren’t always so easily compared. Some list their serving sizes are a cup, some are 3/4 cup. Some, like Grape Nuts, go even as low as 1/2 cup. Took me a few minutes at the Albertson’s to figure out what was going in, but it’s pretty obvious after a moment’s thought.

Cereals are all different shapes and densities. Some are flat, like Corn Flakes. Some are hollow spheres, like Kix. Some are dense little nuggets, like Grape Nuts. And some contain voluminous but nearly weightless marshmallows, like Lucky Charms. As such, a cup of Grape Nuts is undoubtedly more filling than a cup of Lucky Charms, so it might take you as much as two servings (two cups) of Lucky Charms (244 calories) to get you as full as one serving (1/2 cup) of Grape Nuts (200 calories).

Or maybe more than that. What if volume simply isn’t the thing to look at here? What about weight?

Oh my, Grape Nuts are heavy indeed. Could it really take FOUR bowls of Lucky Charms to fill you up as much as one bowl of Grape Nuts would?

Umm…No, that’s really not accurate either, because volume DOES count for something. You could eat an entire bag of marshmallows and feel quite full, despite their ultra-low density. (Needless to say, I don’t advocate this either. You’re just going to have to trust me here.)

So what’s the answer? This is going to sound wishy-washy, but…

Sorry, but that’s it. If you’re going with cold cereal, my recommendation would be to keep it around 200 calories. Then you can add milk (see below) and still keep your total breakfast cal-count down between 250-300 calories, which gives you plenty of wiggle room for the rest of the day. So what’s the best path to 200? Is it a half-cup of Grape Nuts, or two cups of Cheerios, or 1 and 3/4 cups of Lucky Charms? Entirely a matter of taste. Maybe it doesn’t take much of a cereal to satisfy you if it’s sweet and crunchy enough, or maybe you don’t care about sweet, you just want to intake the largest volume you’re allowed.

In any case, some sample figures out of the overwhelming amount of cereal options out there (seriously, hats off to the Moms of the world. How do they make choices like this every other day and have time for anything else?):

So…experiment. Mix n’ match, even. But personally, I like to keep things as simple as possible: Cheerios. 100 calories per cup. A nice round number for a nice round cereal that I like just fine and is fairly healthy, as cereals go. It’s basically the cold version of oatmeal. And two cups of the stuff is plenty filling.

Pour Into Bowl, Then Add…

Again…whatever works, whatever keeps the total between 250 and 300. I’ve found that one cup of liquid is perfectly proportionate to my two cups of Cheerios, so I stick with the lo-cal options like Silk Light or almond milk (60 calories/cup) or even unsweetened almond milk (35 calories/cup). On the other hand, if you’re only having ONE cup of cereal, then you’ll probably only want a 1/2 cup of milk, so your options are pretty much wide open. Even if you use the ultra-fatty whole milk, the most caloric of any milk I could find, including chocolate milk, a half-cup of it is only 80 calories, so if you’re keeping your cereal cal-count around 200, you’re still good to go.

Then there are those who like putting fruit on their cereal. I’m not among them, never have been, but I’ll acknowledge that they’re out there, and to them I say, again: Berries. Strawberries and raspberries are 2 calories each. Blueberries are 1 calorie each. You should have a big stock of these for snacking anyway, so if you want to throw a few on your cereal, knock yourself out. Weirdo.

Final word on cereal is that I still think hot cereal is the more satiating way to go, but given that man cannot live on oatmeal alone, this is among your best alternatives for breakfast. Next up, we’ll talk egg dishes. Until then…happy crunching.

How to Treat Yourself Without Hurting Your Weight Loss Progress

Successful Tips to Lose Weight Without Working Out

Why Choose Calisthenics For Your Exercise Routine?

How to Treat Yourself Without Hurting Your Weight Loss Progress

How to Find the Right Weight Loss Clinic for Your Needs

Your Keto Diet is Affecting Your Sleep

How Many Grams In A Teaspoon and Tablespoon?

How Many Meters in a Mile?

How Many Cups in a Gallon?