Home Q&A How Many Ounces in a Quart? (Conversion Table and Converter) 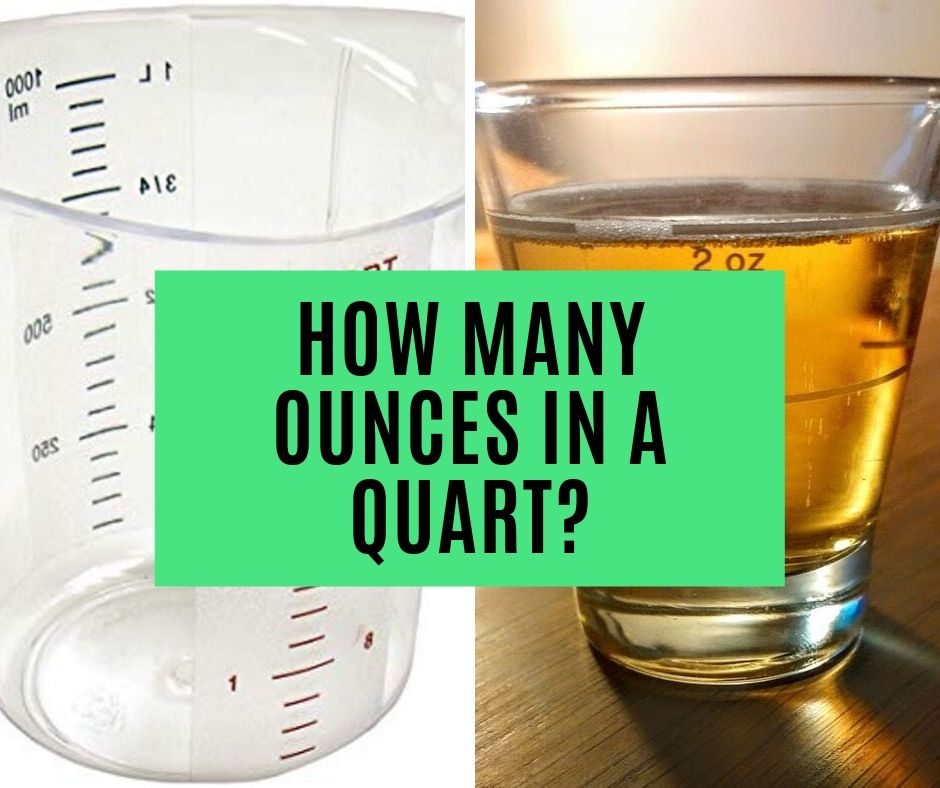 We all have a moment of failure in cooking once in our entire lives. Sometimes it is because of insufficient pre-heating of the oven but most often than not, it is because of wrong and improvised measurements.

Today we will learn how many ounces are in a quart. These two units of measurement are prominent in cooking because they are used to measure liquid ingredients and we all know that liquid ingredients cannot be imprecise because it directly affects the taste, consistency and the moisture of our favorite dishes specifically pastries. As a home cook, do you now how many ounces are in quart?

What is the difference between ounce and fluid ounce?

How many ounces in a quart?

Fun fact, although ounces and quarts are still measured through the US and UK metric system, the United Kingdom stopped using ounce as a unit of measurement in 2000 but they still use it every day since recipes still have ounces on them.

How many fluid ounces in a US liquid quart?

According to Kitchen Byte, there are 32 fluid ounces on a US liquid quart. This conversion from quarts to ounces is particularly important for bakers and culinary students in using liquid ingredients.

How many fluid ounces in a US dry quart?

Correspondingly, there are 37.24 fluid ounces in one US dry quarts. This conversion is used specifically in the supermarket when buying for dry ingredients because some of them are expressed in fluid ounces.

How many fluid ounces in an imperial quart?

How many quarts in an ounce?

In terms of quarts to an ounce, the conversion value of one US liquid ounce to a US liquid quart is 0.03125. When expressed in fraction, it is then understood that an ounce is equivalent to 1/32 quarts.

How many ounces are in a half gallon?

For this, we must first know the conversion value of ounces to gallons. The Calculator Site provides one gallon is equal to 128 ounces. Therefore, if we get half of that gallon and convert it to ounces, there are 64 ounces in a half gallon.

How many ounces is 2 quarts of water?

According to Good House Keeping, it must be understood that two quarts is equal to half gallon. If this is so then 2 quarts of water is basically 64 ounces too.

How many ounces in a quart of water?

Drawing from the previous question, the answer to this is 32. There are 64 ounces in 2 quarts of water so we divide that into two to get how many ounces are in a quart of water. That is how we arrived at the value of 32.

How many ounces is a quart of fruit?

There’s a whole lot of conversions in these before we arrive at the ounce value. For example, let us see this table from the Old Farmer’s Almanac.

For example, in bananas, pound 1.75 cups should be converted to quart first so that would be 0.4375. We convert that value again to ounces which would give us the value of 14 ounces.

The conversion would be different for all other fruits which we wish to convert from quarts to ounce because as we can see from the table, recipes do not have a standard unit of measurement for each and we need to convert them first to what is given and then convert it to quarts before we can convert it to ounces.

So as has been said, the conversion value for US dry and US liquid ounces and quarts may have slight differences. The UK or imperial dry and liquid ounces and quarts will also be different. With this, we know that you cannot afford to mix them all up because that would result in a dish disaster. But you do not have to worry because you can simply refer to this table for all your ounce to quart conversions.

For Liquid Ounces to Quarts, you may refer to this:

On the other hand, if you need the dry ounces to quarts, you could refer to this:

So now that you know how to convert quarts to ounces and vice-versa, there is no way for you to experience a cooking failure again specifically in terms of conversion. You can easily see here how they are converted in US and UK dry and liquid quarts and ounces.