Home Q&A How Many Inches In A Yard? 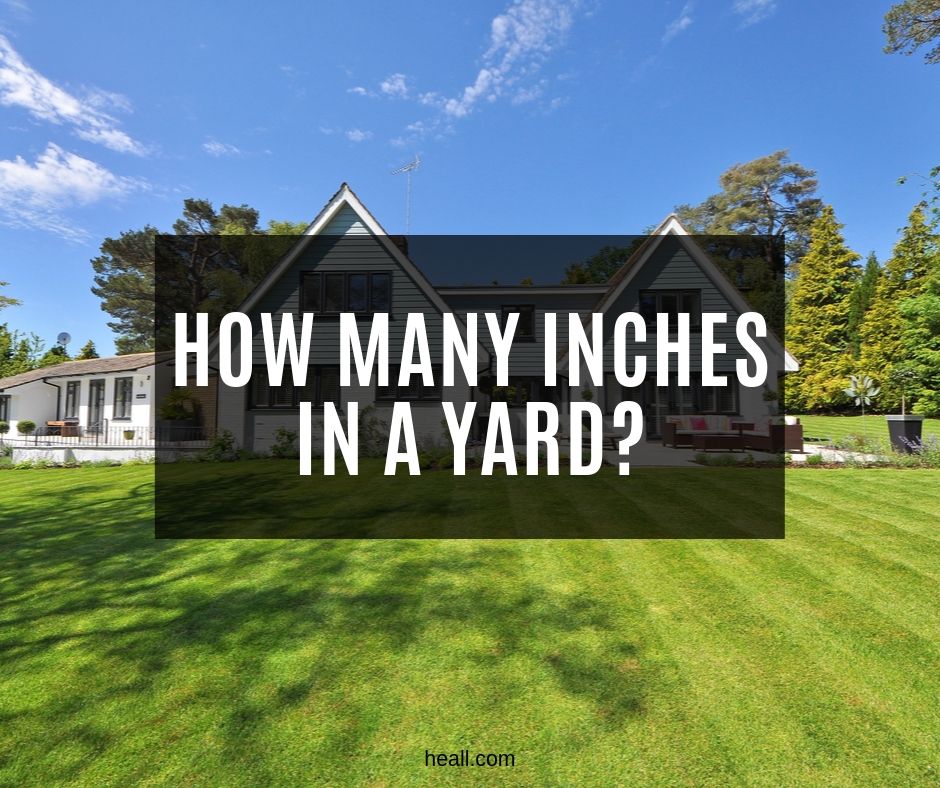 It is inherently necessary to measure time, distance, area, volume, and weight. Humankind has formulated certain units for measuring such quantities. That said, time remains measured based on the movement of celestial bodies. For other entities, their individuality has been defined through units over centuries.

Though there are specific measurements for inches and yards, the idea of conversion depends on the size of your yard. Several measurement systems have evolved to the current SI system.

One of them is the Imperial system, which is an accumulation of individual units that were defined in the ‘British weights and measures Act of 1824’. Such systems are obsolete nowadays. The prevalent system is the SI system of measurement.

Contents hide
1 What is an inch?
2 What is a yard?
3 How big is a yard of fabric?
4 How many inches in a yard?
5 How to convert from yard to inch
6 Yards To Inches Conversion Table
7 Conclusion
7.1 Related Posts:

What is an inch?

Coming from the Latin word ‘Uncia’, originally, an inch was the width of a human thumb. Also, the yard was the official standard in the British Imperial as well as US Customary systems. The use of ‘inch’ was relatively common in Japan as well, for measurement of electronic display screens.

The global scientific community fixed standards defining the correct length of one inch, after several years of arbitration. According to the SI system, an inch equals 2.54 cm or one out of twelfth of one foot. The length of a material, in inches, is represented by ‘in’ or “.

In the metric system of measurement as well, one inch is equivalent to 2.54 cm. An entire inch consists of four quarter inches or two half inches. Some of the other units related to inch are the ‘Scottish inch’, ‘Continental inch’, and ‘US survey inch’, which are all now obsolete.

What is a yard?

It is the English unit of length, in both the British Imperial as well as the US Customary systems of measurement. One yard is also a single stride and it comes from an old English word ‘Gyrd’, whose meaning is a rod or a measure.

Yard is a bigger unit than feet/inch and is equivalent to three feet or thirty-six inches. In early days, the yard used to be fragmented into either 2,4,6, or 8 parts, according to the binary law.

How big is a yard of fabric?

Irrespective of the width and narrowness of the fabric, one yard of fabric equals 36 inches of length along the ‘selvedge’ edge. One yard is 4 inches less than a meter.

How many inches in a yard?

See also: How many feet in a yard?

How to convert from yard to inch

The length of an area and a material, measured in inches, is equivalent to its corresponding yard length after being multiplied by 36. Hence, thirty-six inches make a yard. To convert one yard to inches, multiply with thirty-six.

Attempts to standardize the units started from the 1700s. The key reason why we still use obsolete units is simply because we can.

From another perspective, there can also be a question of the total space covered by one’s yard covers in a day, as the Earth rotates and revolves around the Sun. Units of length such as yard, feet, and inches, which are part of the FPS system are still widely used across the world. Such units are commonly used in land measurement, building construction, and cloth tailoring.

How Many Meters in a Mile?