Home Q&A How Many Ounces in a Pint? 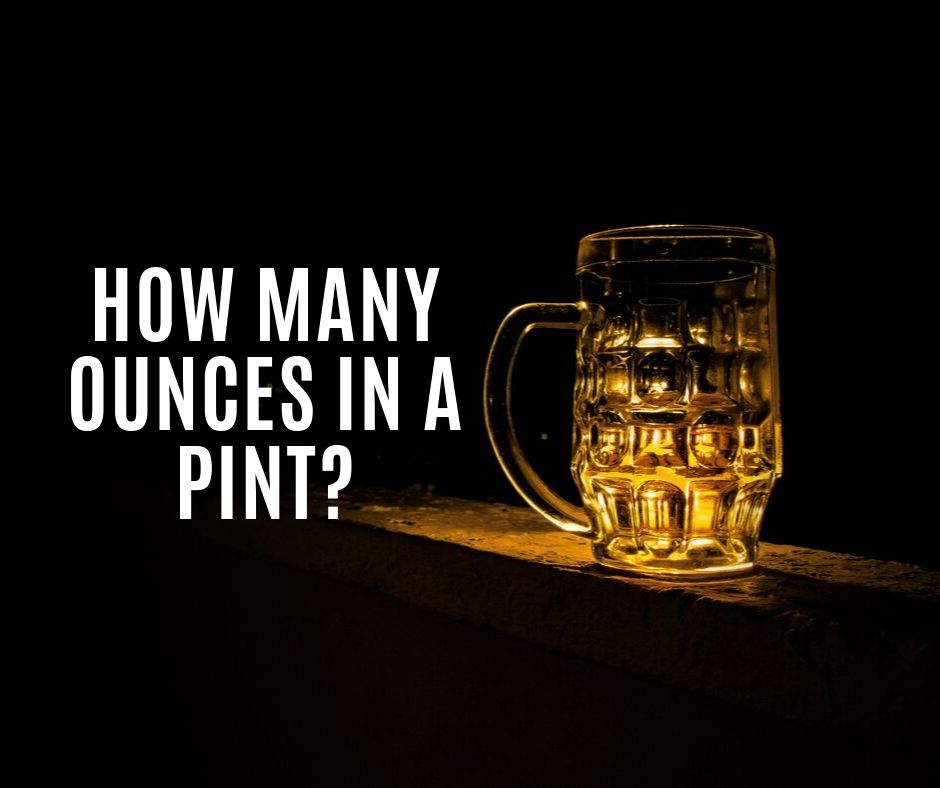 High school chemistry has already emphasized to us how important unit conversions are in real-life scenarios specifically in cooking and other activities that might make it useful. Today, we will learn about how many ounces are in a pint. Both are units of measurement for volume and are extremely important in measuring liquid ingredients.

Before we could know how many ounces are in a pint, we must understand what a pint is first. Pint is used in measuring volume or fluid capacity. It is expressed using the abbreviation p and it is used in both UK/imperial and US metric system. A pint is equal to one-half quart or one-eighth gallon. It is usually used for liquids such as milk, water, wine and beer.

Why is US pint different to UK pint?

Why is this a valid question to ask in terms of pint? Because generally, the US pint is smaller than the UK pint. Why is this so? The US metric system makes use of the traditional British measurements during the colonization period which is called as Queen Anne’s measurement while the UK or imperial pint established their own metric system in 1824.

Pint around the world

The second thing to consider is when pint is used to refer to dry ingredients using dry ounces which is expressed in the name punnet which is just dry pint to be honest. For example, in the UK, one punnet or one dry pint would equate to one large basket of blackberries or tomatoes. However, in the US and Canada, one dry pint might equate to small basketfuls of cherry tomatoes or nuts.

How many ounces in a pint?

As for how many ounces in a dry pint, it would be 18.61 for the US metric system and 19.37 for UK/imperial measurement.

How many ounces in a US liquid pint?

How many ounces in imperial pint?

How many ounces in US dry pint?

According to Metric Conversions, there are 18.61 ounces in one US dry pint. This is commonly used in measuring dry ingredients such as fruits and is expressed in other terms as punnets.

How many ounces in half a pint?

How many ounces in a pint of beer?

If you are fond of the ‘night life’, this is something that will make sense to you. There is a manufactured pint glass which was designed to hold the exact value of pint conversions in fluid ounces. Since there are two conversion systems, the US and the UK, there are also specific US and UK pint glasses.

Thus, there are 20 ounces in a pint of UK beer (as well as Canadian and German beer because it follows this value) and 16 ounces in a pint of US beer. However, there are also called cheater pints across pubs, taverns and bars across the world where you are only given 14 ounces of beer in both 20 and 16 ounces of pint glasses, but of course this is not an issue that will be dealt with in other articles.

How many ounces in a pint of blueberries?

According to My Recipes, a pint of blueberries is equal to two dry cups when measured. This is said to be equivalent to 12 ounces or 0.75 pounds. You can check this in a weighing scale and there are at least 278 blueberries in a pint.

How many ounces in a pint of ice cream?

A pint of ice cream usually has four servings in it. According to one post of Huffington Post, since most ice cream manufacturers are now using the US metric system, there is a consensus that a pint of ice cream would be equivalent to 16 ounces.

But of course, for the UK and other commonwealth countries, it might differ a bit because some ice cream companies there still use the imperial measurement so one ice cream pint there would be 20 ounces.

How many ounces in a pint of strawberries?

Strawberries have different pint measurements depending on how it is sold and packed. For example, according to How Many Ounces In, one pint of whole strawberries would be equivalent to 23.075 ounces while the sliced ones would be 14.02 ounces. The pureed strawberry per pint would also have a different calculation since it is equivalent to 10.65 ounces.

How many ounces are in a Canadian pint?

There have been various confusions in Canadian pints because most restaurants use the American pint of 16 ounces although they should be using the UK pint because of their ties with the UK. To finally reconcile this, according to The Georgia Straight and the Huffington Post a law has been passed which specifically instate that all Canadian pubs, bars and restaurants must adhere to the 20 ounces a pint for all beverages instead of 16 ounces.

To make the pint to ounce conversion easier for you, here is a conversion table for you to refer from.

US pint to US ounces

In conclusion, it is important to know how many ounces are in a pint because these conversions are very common in our lives. It is very practical to know these because aside from cooking, this conversion is also used in our social life like when we go to pubs, bars and even restaurants for that matter. With everything that is here, we hope that you could finally understand the complexity of how many ounces are in a pint.