Home Health 7 Common Gut Problems And How To Manage Them 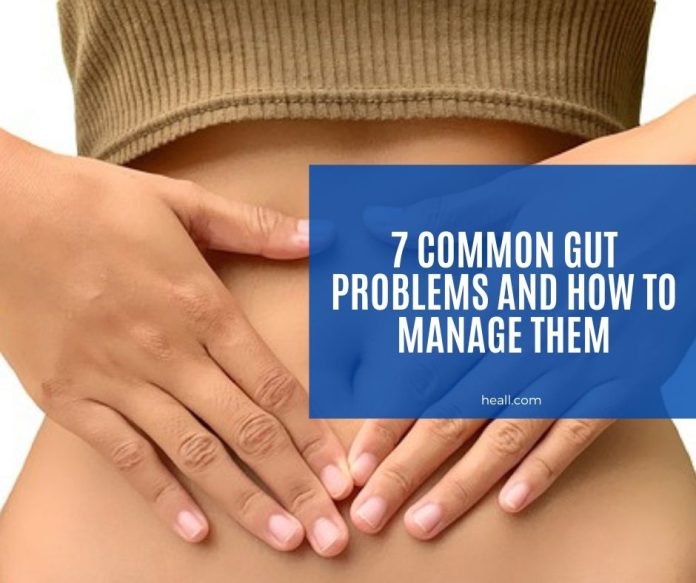 There are a variety of symptoms that some people may associate with common gut problems, but the truth is that they’re not very common. It’s uncommon for people to have stomach cramps and upset stomachs that may cause difficulty breathing. However, what many people should know is that some don’t even recognize the symptoms of gut issues until it gets worse.

Others go for days or weeks with these symptoms, only to find out that they have a completely different health issue than they thought they had. Fortunately, there are several simple things that you can do to help avoid getting sick all the time like considering a healthy lifestyle and sticking to a leaky gut diet.

Below are some of the common gut problems you should know and the ways to manage them: 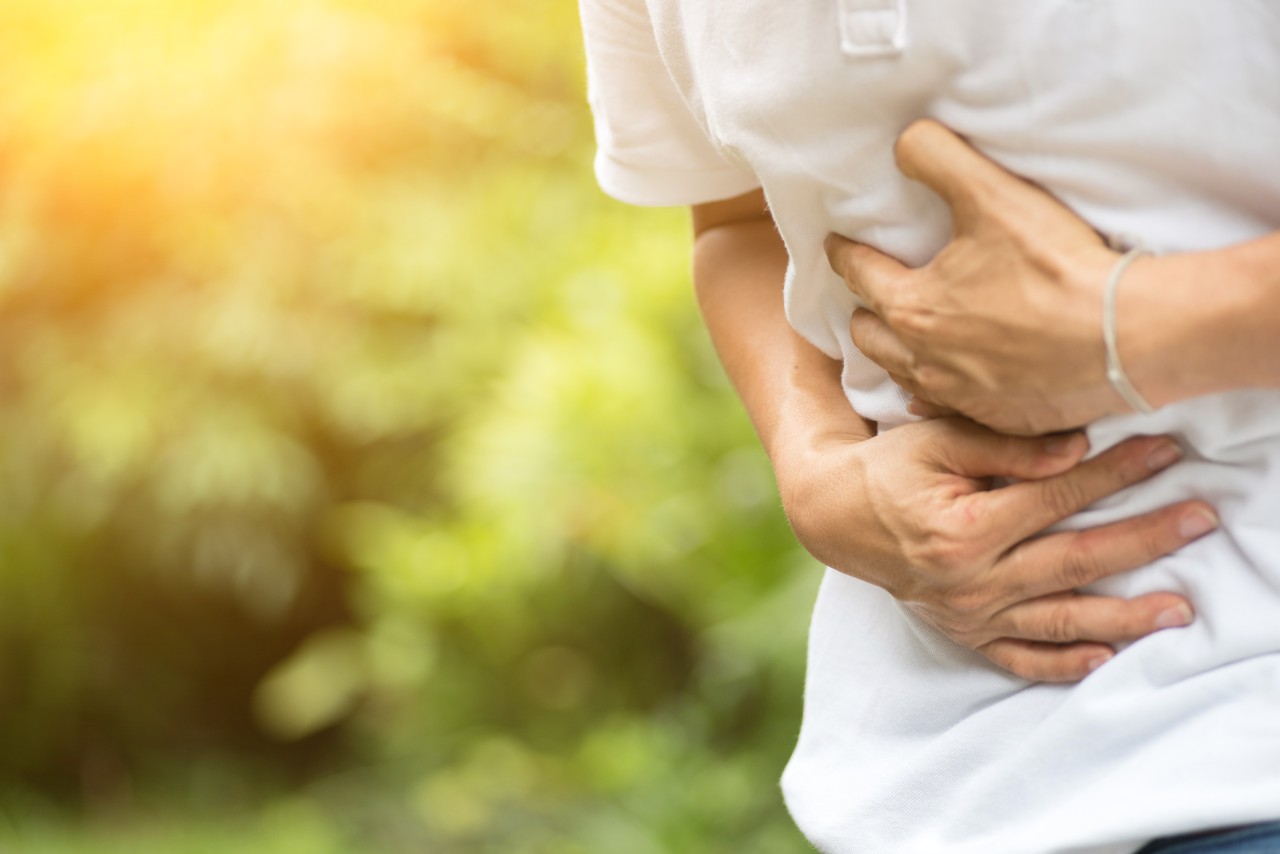 If you have small or hard pellet-like stools or you have a reduced stool frequency every week, you may be suffering from constipation, which may have numerous causes.

Non-intestinal diseases that are associated with constipation often include diabetes and thyroid hormone insufficiency. Parkinson’s disease patients are also prone to constipation. Other medications like antidepressants and painkillers may also cause constipation.

Most of the patients with chronic constipation don’t have an illness that caused constipation. The treatments for such patients may involve changes in diet, fluid intake, and lifestyle.

If you’re suffering from constipation, your doctor may assess it using stool tests, blood tests, and colonoscopy. Treatments for constipation may depend on its primary cause and can be managed by modifying your lifestyle and diet, going organic instead of processed foods, and increasing your fluid intake and physical activities. If lifestyle changes aren’t enough, your doctor may prescribe laxatives. 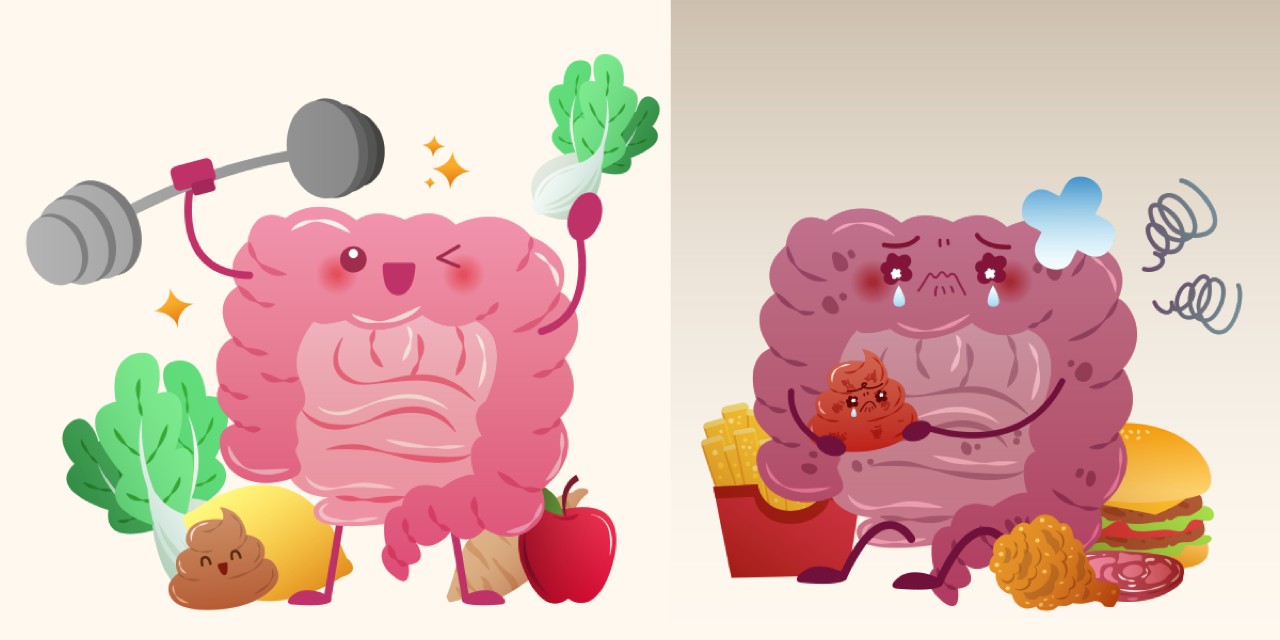 If the symptoms last for several days, the best thing you should do is to drink plenty of fluid to avoid dehydration and try making the best of it. You should also follow good hand hygiene to avoid the infection from spreading. If possible, ask your family not to use the same bathroom facility until you’re in good condition.

Symptoms that last more than several days require further observation that can include testing for antibodies, which may indicate a sign of infection or allergy in the stool. Doing so may help physicians prescribe the best treatment.

Those who have ulcerative colitis or Crohn’s disease, which are common inflammatory diseases, often complain of diarrhea and abdominal pain. They may also experience rectal bleeding, weight loss, or anemia.

There are both non-invasive and invasive testing that may reveal such diseases, these may include laboratory tests with particular markers, endoscopes, imaging studies, and more. Treating inflammatory bowel disease may either correct or hold in check the inappropriate inflammatory response. It may involve a combination of steroids, anti-inflammatory treatments, and immune-suppressants.

Heartburn may happen, but if it often occurs, you might want to undergo a test for GERD. Medical providers may diagnose GERD based on the description of the symptoms alone, but if it’s ongoing for quite some time, more diagnostic testing is necessary to assess if the disease has caused some damage to your esophagus.

Oftentimes, GERD presents as heartburn. However, uncontrolled GERD may erode the lining of the esophagus, resulting in bleeding. The condition may also cause chest pain so extreme that it’s sometimes mistaken for a heart attack.

Usually, controlling GERD starts with some simple changes in your lifestyle. These may include avoiding food for two hours before going to bed. If you experience occasional heartburn, you may also consider taking OTC (over-the-counter) remedies for short-term relief. But for serious or chronic GERD, you may require to take a prescribed medication or undergo surgery.

It’s impossible to ignore diarrhea. Although occasional bathroom urgency is normal, loose stool that lasts for weeks can be a problem. Diarrhea is a bit complicated to treat since it has possible causes. It might be due to the inability of the body to absorb foods or it can be due to a disorder or diseases such as ulcerative colitis, irritable bowel syndrome, or Crohn’s disease. Viral infections or parasites may also cause chronic diarrhea.

The best way to manage chronic diarrhea is to seek immediate medical treatment from a health professional.

Many people may experience hemorrhoids. The causes of hemorrhoids range from family history and straining during bowel movement to spending a lot of time sitting on your toilet. It’s also common during pregnancy.

You may try treating this gut problem at home. There are some OTC ointments or cold packs that you can consider. Soaking in warm, plain water may also help make the tissues softer. If such things don’t work, it’s time to visit your doctor to protect your gut health.

A peptic ulcer is often associated with gastritis. Basically, these ulcers are sores that develop in the stomach lining–the first part of your small intestine or lower esophagus. They’re formed due to the inflammation caused by NSAIDs and aspirin.

The most typical symptoms of peptic ulcers are abdominal pain, bloating, and abdominal discomfort. You may also notice a loss of appetite, loss of weight, bloody or dark stools, vomiting, and nausea.

With the right treatment, the majority of peptic ulcers may heal. But, once left untreated, they may worsen in the long run, resulting in a more serious health complication like a bleeding ulcer or scar tissue that could cause strictures, making it hard for food to pass through the digestive tract.

Gut problems are normally harmless and may settle down by themselves. However, they don’t go away sometimes and can be a sign of a serious illness. Anyone who has taken medication for a gut problem for several days without getting any improvements should seek professional medical help as soon as possible.