Home Q&A How Many Teaspoons in a Tablespoon? 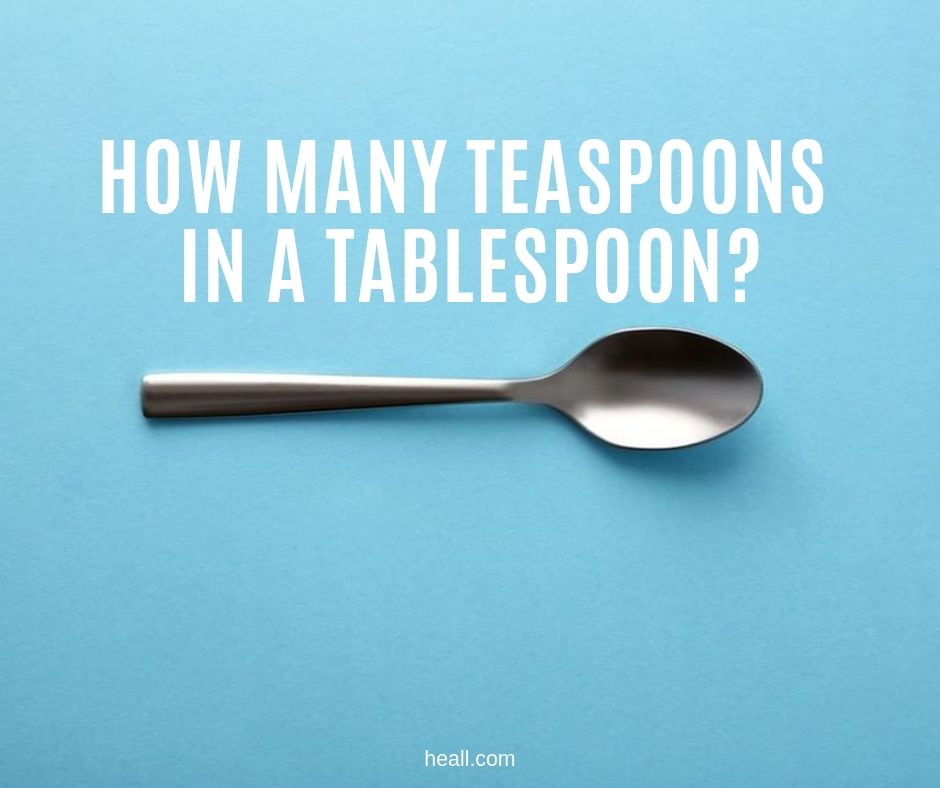 The basic difference between a teaspoon and a tablespoon is the amount that they can measure. The tablespoon is larger than the teaspoon but both measures volume.

With this, it is understood that the teaspoon is used for liquid and dry ingredients in smaller amounts while the tablespoon is the standard measurement for ingredients needed in larger amounts. But how many teaspoons are in a tablespoon?

The traditional teaspoon is just a small spoon used in stirring hot beverages or in slicing soft foods like cake. But in cooking, a teaspoon is equivalent to three tablespoons. It usually comes in bunches when you buy them in cooking and food stalls in the mall. It is even expressed differently across countries.

Of course, the US teaspoons are labeled in fractions and are usually converted to grams. According to Yuppie Chef, Germany has no standard conversion for teaspoon and it could be anything as long as it is a small spoon. In Australia, the UK and in New Zealand, tablespoons are mostly converted to mL.

How many teaspoons in a tablespoon?

There are two ways to measure how many teaspoons are in a tablespoon. Using the US metric system (which by the way is considered as the standard conversion value), one tablespoon has 3 teaspoons in it.

However, there is also the UK/imperial teaspoon and tablespoon. The good news is that, when measuring how many teaspoons are in a tablespoon, the UK and US measurements are the same which is three. The difference is found when you start converting US tablespoon to UK teaspoon or UK tablespoon to US teaspoon.

According to The Calculator Site, when one US tablespoon is converted to UK teaspoon, the conversion value would be 2.498 or 2.50.

On the other hand, when one UK tablespoon is converted to US teaspoon, it would be 3.60. Due to this, you need to be very careful about the labels in the recipe book for example.

No. Because 1 tablespoon = 3 teaspoons

What’s half of 1/3 cup in tablespoons?

What is half of three quarters of a teaspoon?

How many tablespoons in a cup?

Click here for more detail and the cups to tablespoons converter.

How many tablespoons in an ounce?

How many grams in a teaspoon?

How do you measure teaspoons in a tablespoon?

If you are using measuring spoons, all you have to do is level the dry or liquid ingredients in one teaspoon and do it three times because we already established that one tablespoon would be equal to 3 teaspoons.

In the succeeding conversions, all tablespoon values should be multiplied to 3. If you need visuals for this, you may refer to this table for easy conversion:

Tablespoon to teaspoon is perhaps one of the easiest units of measurement to convert because there is only one conversion value to remember for both the US and UK/imperial metric systems. What makes it easier is that the conversion value does is an absolute number so you can easily compute it without worrying about decimals.