Home Health Mental What You Need To Know About Paranoia 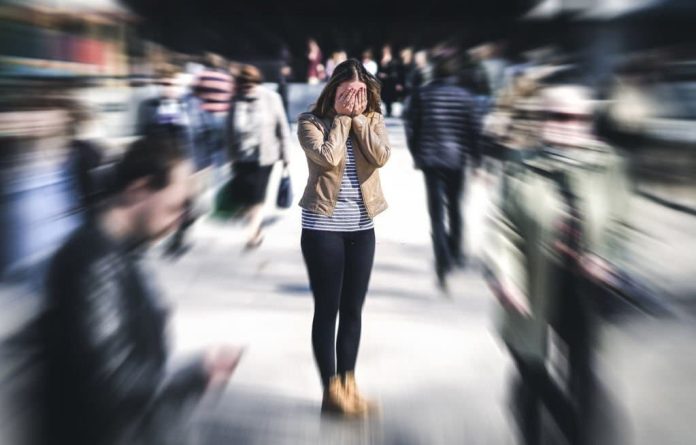 This article was developed via a partnership with BetterHelp.

Have you ever felt like someone was staring at you or talking about you? Did you ever believe that your coworkers were working against you? If this is the case, and there was no proof to back up these beliefs, then you were experiencing paranoid thoughts.

Paranoia is a normal feeling that we all experience from time to time. However, it becomes a more severe condition when it is chronic or interferes with daily life. By reading this article, you will learn about all the important facets of paranoia, including its causes, range of symptoms, and associated psychiatric conditions.

Paranoia is the feeling that you are in harm or under threat in some way when there is no proof that this is true. This can include thinking that people are watching you, acting against you, or plotting against you in some way.

When untreated, this can have dire consequences. You can easily slip into a state of mind that everyone is against you and that no one is trustworthy. As you can imagine, it is extremely difficult to maintain healthy relationships or function normally in society with this mindset.

It’s important to note that many people feel a bit of paranoia from time to time. Experiencing this feeling occasionally does not mean there is something wrong with you. However, you should discuss your paranoia with a therapist if you experience paranoia often and it shapes your relationships or work life.

As with most conditions, genetics and environment may also play a role in developing paranoia. However, research is inconclusive, so it is unclear how these factors may affect this condition.

What Are The Common Symptoms Of Paranoia?

Though, in theory, paranoia seems like a symptom that would be easy to discern right away, in truth, it isn’t. Very few people who experience chronic paranoia are vocal about their delusions or self-aware enough to realize there is a problem.

However, there are other behaviors and symptoms that can indicate that someone has a paranoid mindset. People who live with paranoia will often exhibit the following symptoms:

What Conditions Are Associated With Paranoia?

How Can Paranoia Be Treated?

If you are experiencing more paranoid thoughts than usual, then the best treatment option is to talk to a therapist. They can help you get to the root of your thoughts and determine if this is a symptom of a worse condition.

But you should also make sure to partake in self-care. Get plenty of sleep, eat well, exercise often, and refrain from alcohol and drug use. Since paranoia increases when we don’t take care of ourselves, self-care is one of the easiest options to calm down your mind.

Finally, you should partake in calming activities such as meditation or deep breathing. Since paranoia is often a form of anxiety or comes from stress, calming your mind may reduce your paranoid thoughts.

As you can see, paranoia ranges from being a normal feeling to a psychiatric condition. Though most people can find treatment with simple lifestyle changes and therapy, more severe cases will need to utilize other treatment options. If you are concerned about your paranoid thoughts, then talking to a therapist is the best first step for treatment and help. For more information on paranoia and how to treat it, you can find more resources over at BetterHelp.

The Difficult Process Of Reintegrating Into Society Once Back From Deployment

4 Ways To Include Whey Protein In Your Diet

Eating & Meditation: A Key to Improving Your Sports Results

How Working Out Regularly Helps Build Your Self-Esteem