Home Tips What Are The Big Five Personality Traits? 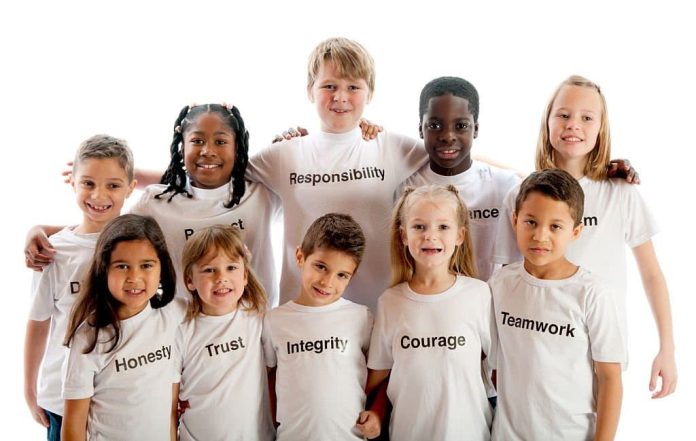 This post was developed via a partnership with BetterHelp.

Psychologists and ordinary people alike are fascinated with the topic of personality. Researchers want to know what factors make people who they are, while regular folks want to understand how their personality affects their lives. This widespread fascination has led to many models of personality, including the Big Five model.

The Big Five personality model breaks down human personality into five dimensions. These traits are extraversion, neuroticism, agreeableness, conscientiousness, and openness. Each trait represents a spectrum of behaviors, with any person lying somewhere between the two extremes. Though this model may not be as popular as other personality models (such as the Myers-Briggs personality model), it holds significant weight in the field of psychology.

If you’re interested in learning more about personality or other personality assessments, you can find more information at BetterHelp. Now, let’s discuss the five traits of the Big Five personality model.

Extraversion measures how much a person becomes energized by spending time with others. A person who is very extroverted will love to be the center of attention and meet new people. They often have large friend groups and pick jobs that allow them to talk to numerous people throughout the day (such as sales or customer service). Moreover, extroverts tend to exhibit more energy and are more likely to dominate a conversation.

Conversely, a person who is introverted (low in extraversion) will be more of a wallflower. They may prefer the company of only one or two friends or spend a significant amount of time alone.

Some example behaviors of someone who is very extraverted include:

Neuroticism makes it difficult for people to cope with and tolerate stress. They also are more likely to perceive ordinary situations and events as threatening. This makes it much harder for them to deal with life’s challenges or even typical day-to-day stressors, such as those experienced in the workplace.

All of these effects make it difficult for someone to think clearly, make rational decisions, and cope with day-to-day life. It also makes a person more likely to develop a mental illness or psychiatric disorder.

Some example behaviors of someone who is high in neuroticism include:

Agreeableness measures how likely a person is to behave in ways that are prosocial and promote social harmony. Agreeable people have a much easier time getting along with others since they are kind, trustworthy, helpful, and charitable. In addition, they tend to be more optimistic and are willing to compromise their interests for the well-being of the group. Therefore, agreeable people often have a much easier time making friends and connecting with others and are generally seen as likable.

Conversely, disagreeable people focus more on self-interest than the needs of the community. As a result, they are less likely to help others or empathize with them. They may also be quite skeptical or not trusting of others’ motives.

Some behaviors that agreeable people often exhibit include:

Conscientiousness measures the levels of thoughtfulness, attention to detail, and self-discipline. People who measure high on this trait tend to be very organized and structured. They thrive when using schedules and to-do lists, as they love to plan ahead and organize every detail.

Conscientious people are also very mindful and self-aware, frequently analyzing their behavior to see how it affects their life and others around them. They are also more likely to achieve their goals as they have the discipline and self-awareness to change the behaviors needed for success.

The downside to conscientiousness is that people high in this trait are less likely to be open and flexible. They can be quite stubborn and rigid in their organization and schedules.

Conversely, people that are low in conscientiousness struggle with structure and deadlines and are more likely to procrastinate or not finish their work. As a result, they may be perceived as unreliable.

Some example behaviors of a conscientious person include:

Openness refers to how curious or imaginative a person is. People who are open are eager to learn new skills, experience new things, and are typically more open to emotion. Open people generally have a broad range of interests, love to explore beyond their comfort zone, and are highly creative. They also do much better with abstract and lateral thinking.

Conversely, someone who is low in this trait tends to focus more on habit and tradition. They also struggle to think creatively or problem-solve beyond their comfort zone of knowledge and interests. Furthermore, they tend to be more pragmatic and data-driven when it comes to decision-making and problem-solving.

However, the main downside to openness is that open people are more likely to engage in risky behavior and be very unpredictable.

Some example behaviors of a highly open individual include:

How To Strengthen Your Back After an Injury