Home General How To Make Chickpea Flour: The Coolinar’s Guide 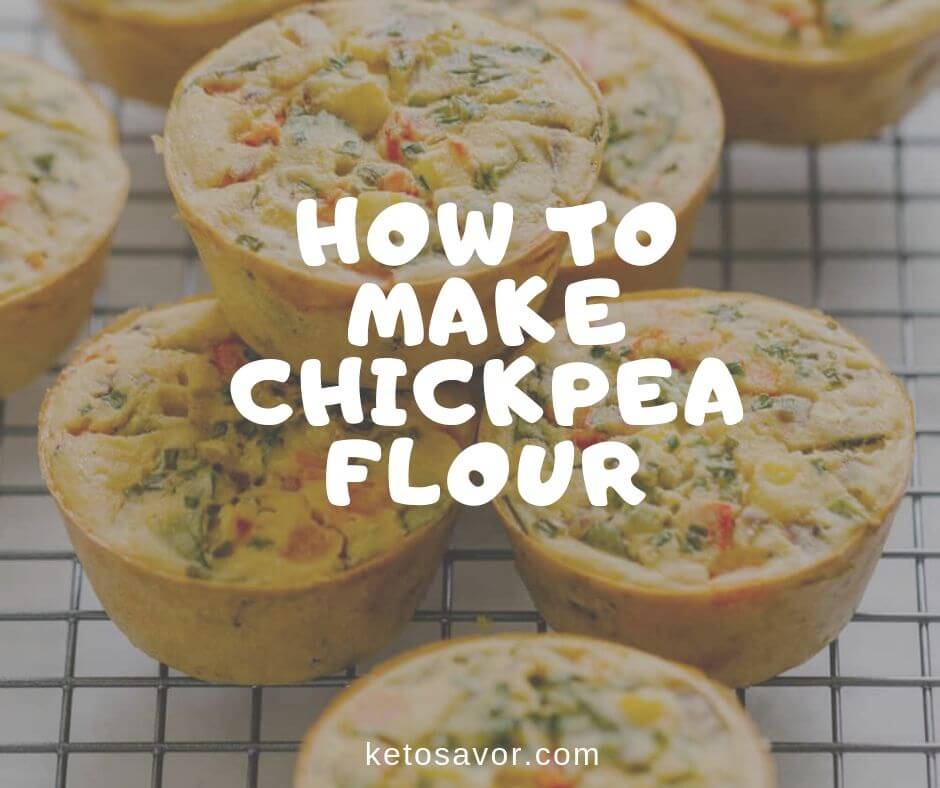 The popularity of gluten-free flour for baking and gluten-free foods continues to rise. What is chickpea flour? Simply said, it’s a result of grinding garbanzo beans, which ends as flour that appeals to those who eat gluten-free as well as those who avoid grains.

A 2017 poll found that at least one in five Americans include gluten-free foods in their diet. That segment of the population is roughly 1% of Americans with Celiac disease or another medical reason to avoid gluten. On the other hand, the gluten-free approach to eating grows in popularity among health-oriented people.

The growth in the grain-free and gluten-free style of eating has created a massive demand for prepared and processed foods with ingredients that fit the bill. You don’t have to go to the health food store to find them. Corn pasta, rice bread and hundreds of other new products are now available in the average grocery store.

If you are considering chickpea flour as a possibility in your wheat-free kitchen, here is how it stacks up nutritionally to other grain and gluten free flours on the market. The first thing to know is that you may encounter a variety of different names, depending on where you live.

The term gram flour refers to the ground pulse from the specific variety of chickpeas known as Bengal gram. Gram flour is a very staple in the cuisine some Asian countries including Sri Lanka, Pakistan, Nepal, Burma, Bangladesh, and India. Flour from other varieties of chickpeas is also favorite on other continents.

Several other names for chickpea are commonly used in traditional cuisine, and they include:

Ancestral people traditionally made gram flour by grinding either roasted or raw chickpea. It is unique as a flour as it is higher in fiber, protein, and other nutrients compared with grain-based flours. It compares most favorably to other gluten-free grains many of which are overly heavy in simple carbs.

A finely ground garbanzo beans blow away both whole wheat flour and rice flour when comparing nutritional stats. It indeed has the nutrition, taste, texture, and versatility to make the grade in any choosy cook’s kitchen.

For once, the growing popularity of gram flour makes sense and is well deserved!
Even more exciting, besan flour is a traditional food and is consumed by many cultures around the world. While some of them use the powder ground from raw chickpeas, gram flour is usually made from roasted legumes.

For example, North Africa enjoys garbanzo flour made into a pancake food called chilla, and also a mixture of egg and flour called Karan.

The Middle East gives us well-known favorite known as humus.

While besan flour and chickpeas made from grinding them is a nutritious staple in many cultures, does it have pitfalls to watch out when cooking at home?

What are phytates in food and why does it even matter? In essence, it refers to a group of eight different anti-nutrients which are found in all plants. Most seeds, legumes, grains, and nuts contain substantial amounts. Phytic acid is the most common, known as inositol hexaphosphate and IP-6.

Phytates are very important to the health of plants as they store the phosphorus needed to support growth and germination. An enzyme known as phytase neutralizes the phytate to release the phosphorus. Most animals and all plants can manufacture their phytase, and unfortunately, humans do not.

While beneficial bacteria in the intestine of humans produce small amounts, it is not enough to digest phytates found in foods. Undigested phytase binds with calcium, zinc, and iron, which means the minerals cannot be adequately absorbed, which has the potential to trigger mineral deficiencies over time.

It’s important to understand that content of phytic acid varies significantly from food to food. Chickpeas contain phytates, but not at the extremely high levels such as soy, almonds and sesame seeds. If you are eating chickpea flour and chickpeas, it is best to ensure they are soaked or sprouted to reduce the anti-nutrient level so you can be sure you are absorbing all their rich nutrients.

Pythic acid is not the only anti-nutrient in chickpeas- lectins are another to be concerned about. Lectins are anti-nutrient depleting proteins as they bind to insulin receptors, attack and bind to the stomach lining and they cause leptin resistance. Leptin is the supervising hormone and the gatekeeper of fat metabolism. It monitors how much energy an organism takes in.

It maintains and surveys the energy balance in the body and regulates hunger. Leptin resistance is a predicting factor for complications of metabolic syndrome independently of obesity.

The lectins in chickpeas can cause severe gastrointestinal issues if consumed even in moderate quantities. But there is good news- baking or cooking breaks down lectins by 95%! As long as you aren’t going to be consuming raw chickpea flour, you are good to go in the lectin department. Only raw vegans would be at risk.

If chickpeas flour catches your fancy, then use it in your baking and cooking. Another excellent choice for a grain free, low anti-nutrient powder is the tuber cassava. Consuming gram flour as part of varied and real foods diet is of little concern and will likely confer nutritional benefits.

The problem with most processed food is how food manufacturers take traditional ingredients such as chickpea flour and prepare them without conventional techniques which eliminate phytates and preserve nutrients. They might even be packaged in toxic containers.

Do your homework and find good brands, and if you choose to buy chickpea flour, stick with roasted varieties that have reduced phytate and lectin content.
But making your garbanzo flour is always the best and also most nutritious way to go. We share a simple recipe on how to make chickpea flour with soaked chickpeas.

1) Rinse chickpeas and place in a large glass bowl
2) Add filtered water to cover
3) Stir in lemon juice
4) Cover with a towel and leave it on the counter overnight or up to 24 hours max
5) Rinse and drain soaked chickpeas. Alternatively, rinse and drain chickpeas packed with sea/water salt in glass jars, as these do not require a pre-soak.
6) Place chickpeas on cookie sheets and spread them out as they will dry more quickly.
7) Dehydrate in a warm oven ideally set no higher than 150F or a dehydrator with stainless steel trays.
8) Remove and cool to room temperature after chickpeas are thoroughly dried after four to six hours.
9) Grind in a standard grain grinder.
10) Use chickpea flour in your baking recipes as nutritious and delicious gluten free and grain free alternative.

Chickpea flour has many, many benefits. It has a high proportion of fiber, high proportion of fiber and no gluten. It also offers an excellent array of minerals and vitamins. Chickpeas are thought to have magnesium and calcium in an ideal ratio, a very high amount of folate which is crucial for a healthy pregnancy, a good dose of energizing B vitamins and a decent amount of potassium, which is fantastic for the heart.

Whether you can tolerate eating grains or not, you will likely love the filling and dense quality of chickpea flour and be surprised how many ways you can quickly begin to use it. Chickpeas were one of the first cultivated crops by humans and are still one of the most popular legumes around the world, so it’s no surprise that some cultures used chickpeas to make versatile, grain-free flour for centuries.

How To Make Allergy-Free Pancakes Without Eggs And Milk: A Coolinar’s Guide

What Goes Good With Tomato Soup – The Warm, Tasty Recommendations

The Importance Of Exfoliating Your Skin Regularly

How to Maintain Cleanliness in Your Restaurant

How to Find the Right Protein Powder for You

How Does Thought Field Therapy Work and What are Its Benefits?