Home Q&A How Many Weeks in a Year? 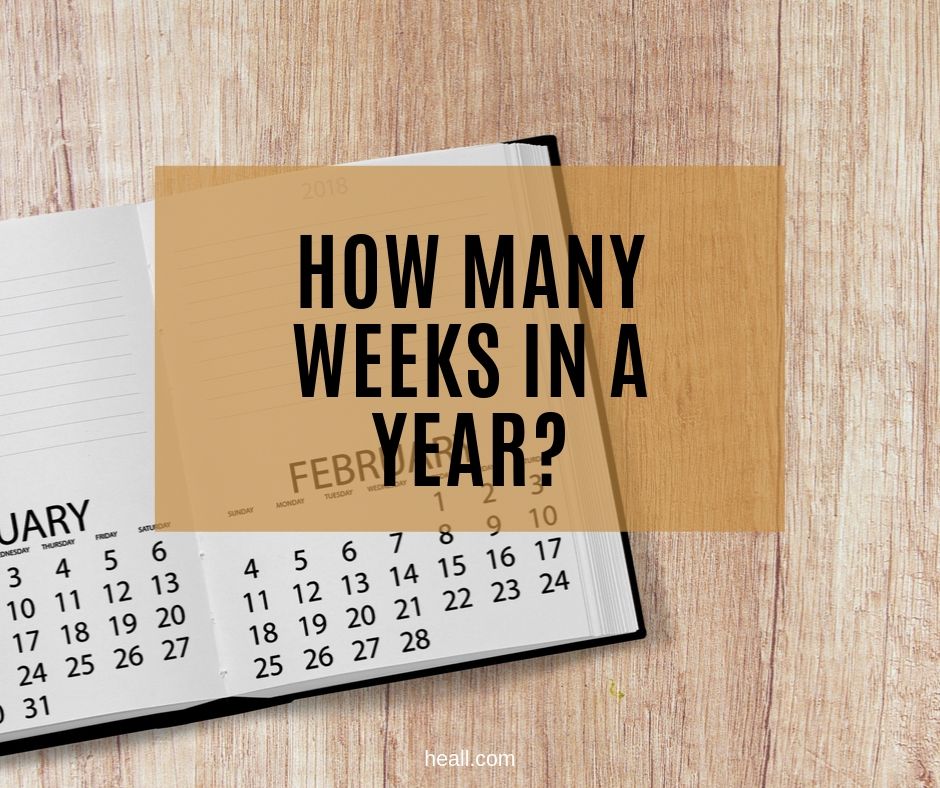 Are you counting down for that much needed vacation leave? Or have you had those down moments when you just begin to wonder how many weeks there are in a year? If your answer lies in between these two or more, in this post, we will know just that.

For starters, you must know that there are different labels for that one whole trip around the sun. There’s the lunar year, the common year, the leap year, the Jullian year and the Gregorian year. For each, there would be various numbers of weeks composing a year. So let us get started.

What is Lunar year and how many weeks in Lunar year?

The Lunar year represents the cycle of the moon as it goes through various phases. One lunar year is 354 days. Since we know that one week is equal to seven days, we divide 354 with 7. So using this, one lunar year would have 50 weeks and one day to be exact.

According to Time and Date, a common year is considered as a modern-day Gregorian calendar composed of 365 days. It is 11 days greater than Lunar year and a day less in comparison with the leap year. Taking this into account, we divide 365 to 7. This means that in one common year, there are 52 weeks and one day.

What is Leap year and how many weeks in Leap year?

One leap year corresponds to a Gregorian year with an extra day. This means that the leap year would have 366 days but it only happens once every four years. The additional one day would be February 29. So if we compute the number of weeks in a leap year by dividing 366 by 7, that would give us 52 weeks and 2 days.

The Gregorian year is the same with the common year which is at 365 days. As such, there are also 52 weeks and one day in a Gregorian calendar.

How to calculate weeks in a year

The Calculator Site suggests that in calculating weeks in a year, the standard 365 days (which is the same with the common year and Gregorian year). As have been mentioned, we divide 365 with seven since there are seven days in a week. Thus, at 365 days a year, there would be 52 weeks and one day.

How many work weeks are in a year?

There is no one answer to this because it depends on your contract and work set-up. Normally, the standard number of days in a work week is 5. Other companies have it six days per work week. And rarely, there are companies like outsourcing companies that would go for 7.

How many 5 weeks are in a year?

At an average, we know that there are four weeks in a month. But the question at hand asks us how many 5weeks are in a year. According to The Balance, there would be approximately 4-5 5weeks in a year.