Home Tips Learn The Meaning Behind The Symbols On Certain Cards 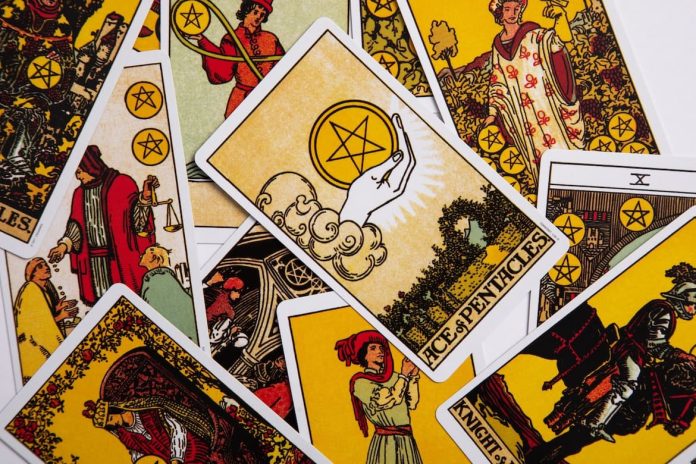 Tarot readings are a form of divination that uses a deck of tarot cards to help you understand your past, present, and future. A tarot reading can give you guidance and advice on what steps to take next in your life. Let’s look at the meanings of some of the most interesting tarot cards.

The Magician card is the first card of the Major Arcana. This card symbolizes taking action and using your skills to manifest your desires in life. The magician tarot card can represent a time when you have all the tools and resources necessary to make something happen.

It is a reminder to have faith in yourself and trust your intuition as you set out on a new journey.

The second card of the Major Arcana is the High Priestess. This card symbolizes wisdom, intuition, and inner knowledge. The High Priestess tarot card can represent a time when it’s important to go within and listen to your intuition.

It can signify a reliance on inner guidance, rather than the external advice of others. The High Priestess encourages you to trust your instincts and intuitively explore any situation before making a decision.

The image of this card usually depicts an older female figure sitting between two pillars, representing duality and balance. The moon and a scroll are often present in the background, symbolizing the unconscious and knowledge. The High Priestess can also represent a woman who is knowledgeable and wise, as well as feminine power and strength.

The number two associated with this card signifies partnership, balance, harmony, and duality. This card encourages you to find balance within yourself and with others.

When this card appears in a reading, it can be a reminder to take the time to go within and listen to your inner guidance. It’s also an indication that you should remain open-minded as you explore any new situation or decision.

The Hanged Man usually symbolizes suspension, sacrifice, and transformation. It is believed to represent a time when the querent’s life is put on hold so that they can gain perspective and spiritual insight. This card often speaks of the importance of patience and surrendering to the divine will.

The Hanged Man typically shows a man suspended upside down from a tree, with one leg bent and the other foot tied to the tree. His arms are crossed behind his back, symbolizing acceptance of the situation at hand. The halo around his head is often interpreted as divine protection or grace.

The most common interpretations of this card include: understanding, serenity, surrender, and the need to take a step back from a situation. It may also represent an inner struggle between the mundane world and the spiritual world. The Hanged Man can be seen as a call to pause, reflect, and contemplate before taking any action.

The card’s reversed meaning is often interpreted as stagnation, confusion, and indecisiveness. It may be a sign that the querent needs to reconsider their current course of action and rethink their goals. Additionally, it may indicate that the querent is being too passive or resists change.

The Sun card is the eighteenth card of the Major Arcana, and it’s one of the most positive cards in a tarot deck. It symbolizes happiness, success, contentment, and joy. The image usually depicts a sun with a smiling face in the center. Rays of light extend outward from its golden core, bringing clarity and illumination to the reader’s situation.

The Sun card is associated with signs of active positivity, such as personal growth and success. It suggests that things are coming together in your life and you can expect good things ahead. This card also encourages celebration, recognizing the achievement of goals, and taking pleasure in life’s joys.

When The Sun card appears in a tarot reading, it can indicate the end of a difficult period and the start of something wonderful. It suggests that all your hard work is now paying off and you can expect to reap many rewards. This card represents optimism and faith in yourself and your ability to reach any goal you set for yourself.

The Moon card is the nineteenth card of the Major Arcana, and it’s associated with mystery, intuition, and hidden wisdom. The image usually depicts a crescent moon in a night sky filled with stars. Two towers stand on either side of the moon, representing the duality of our lives – light and dark, conscious and unconscious. It is also seen as a gateway to our innermost thoughts and feelings.

The Moon card symbolizes the hidden truth and greater understanding that lies beyond what is visible to us in the physical world. It encourages us to explore our own depths, unlocking secrets about ourselves we never knew existed. It reminds us to trust our intuition and follow our gut instinct.

The Lovers card is the sixth card of the Major Arcana, and it’s associated with love, relationships, and choices. The image usually depicts two figures – one male and one female – standing in front of a tree. An angel hovers above them, representing the divine connection between them. It’s also connected to Gemini, the zodiac sign of communication and relationships.

The meaning of this card has to do with relationships and choices. It suggests that there is a difficult decision to be made, but whichever path the querent chooses will have lasting consequences. The Lovers card encourages the querent to think carefully before making any decisions, as they must consider both their own needs and those of their partner in order to find balance.

The Major Arcana of the tarot is made up of 22 cards that represent different aspects of life and spirituality. These symbols have been used for centuries to help people gain insight into their current situation or future possibilities. By studying each card’s meaning, we can unlock a deeper understanding of our own journey and find guidance on the path ahead. Understanding the messages of the Major Arcana can help us pause, reflect, and contemplate before taking any action.

An 8-Step Strategy to Winning a Dog Bite Injury Case