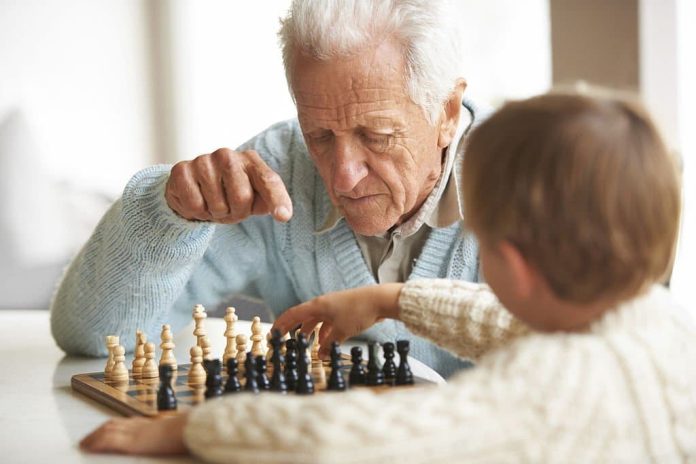 To prevent cognitive decline, adults need to keep their brains stimulated. Playing games can be a great way to do this. By playing games, adults get to hone important cognitive skills, such as sequencing, visualization, and memory.

For instance, Brainable’s games and other board games are intended to improve the memory and cognitive skills of the players, especially seniors who are at a higher risk for dementia than the rest of the population.

You don’t have to look elsewhere to improve your brain performance. Simply playing traditional games can help you accomplish this goal. To learn more, read on because the following games can help adults train their brains and prevent future cognitive decline.

Who doesn’t know how to play bingo? It’s a game that involves drawing bingo balls to match the numbers and letters of a bingo card, and once you hit the right ones, you can shout ‘Bingo!’.

The game bingo is often associated with the elderly. However, there’s a good reason many retirement homes host regular bingo sessions. Though bingo isn’t a mentally demanding activity, it still gets the brain moving, calling adults to process pieces of information and improving their reaction times in the process.

Another benefit of bingo is that it’s a social activity. Many studies have shown that increased social engagement can improve brain health. Researchers have also found that socializing improves the integrity of grey matter in the brain, which therefore reduces dementia risks.

It’s obvious that a game as challenging as chess would have benefits on the brain. You probably know someone in the family who is a chess master. Notice how that person memorizes and reminisces things and events. It’s because this board game is effective in stimulating the brain. Chess players need to activate their memory to recall effective strategies and move combinations. And since chess players need to anticipate their opponents’ moves, chess can also hone critical thinking and planning skills.

David Canning, a professor at the Harvard T.H. Chan School of Public Health, is currently conducting a study on the relationship between chess and aging. So far, his research has discovered strong evidence that chess prevents mental decline. Chess has also helped to hone cognition skills in children.

Children can learn how to smartly plan their moves, which they can apply in goal-setting and decision-making during adulthood. In addition, you can also improve their self-discipline and problem-solving skills, waiting for the right timing to attain a winning career and a successful life.

A game as action-packed as poker will no doubt keep the brain active and awake, even as you age. Doyle Brunson, who is widely regarded as one of the greatest poker players of all time, was one of the top players in the 1970s. Yet 50 years later, he hasn’t stopped competing. Despite nearing his 90s, Brunson still wins some of the biggest games in Vegas.

There’s evidence to suggest that Brunson’s active participation in the poker circuit contributed to his mental strength. One study tracked 1,978 adults with dementia, who were asked to rate their participation in activities like board games, chess, puzzles, and cards. Researchers discovered that older adults who played had high levels of cognitive activity. These adults also developed the disease much later, in their 90s rather than 80s.

Word games like Scrabble have a lot of brain benefits. Because Scrabble forces players to focus, it can significantly improve a person’s concentration abilities. Having to unscramble letters to form words and look for connections within the board also trains critical thinking. When players recall words from their vocabulary, it activates their memory.

By playing scrabble, you can improve your cognitive performance, memory, and other brain functions. It’s also a great bonding activity with younger children, helping hone their vocabulary and spelling skills. So, why not buy a scrabble board online and start playing with your family and friends?

Sudoku is another game that trains critical thinking. When players solve sudoku puzzles, they need to use logical reasoning and identify patterns to determine which numbers are missing. Because sudoku requires careful thought, completing sudoku puzzles can also improve a person’s concentration.

Engaging in new hobbies has a lot of health benefits. Improving cognitive health is one of them. When adults play games that train their concentration, attention, critical thinking skills, and memory, they can slow aging in their brains and prevent cognitive decline.

How To Strengthen Your Back After an Injury

How to find the right counselor in Raleigh, NC