Home Health Understanding Anxiety And Depression In Teenagers: What Parents Can Do 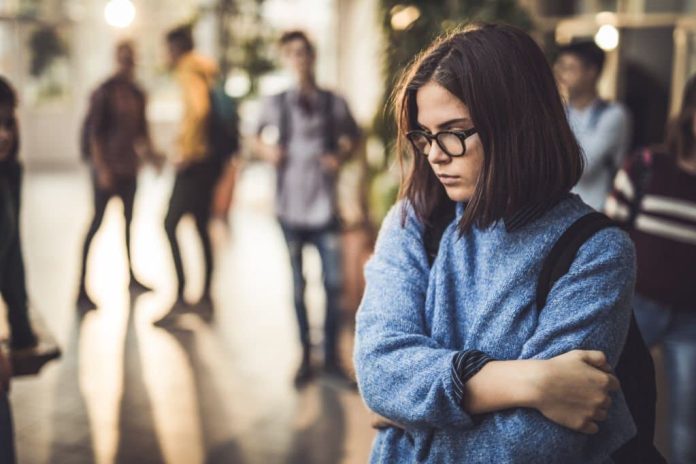 Anxiety and depression in teenagers can happen. However, it can be a challenge to diagnose at first. This guide will be for parents that will help them understand these disorders in teenagers.

You’ll learn how they both affect children and why it happens. From there, you’ll be able to get your teenager the help they need. If you need additional information on teenage depression and anxiety, BasePoint Academy can help.

Visit their website at https://basepointacademy.com/. Let’s take an in-depth look now at teenagers dealing with anxiety and depression and what can be done.

Mental health issues can start in a child’s life (albeit at an early age). This can be a reaction to their environment, the death of a family member, academic struggles, bullying, and even traumatic events.

If an adult has a mental disorder, there’s a good chance that an onset may have occurred early on in their lives. These mental health issues can develop well before the age of 25. You’ll want to keep an eye out for any potential symptoms that may occur during your child’s pre-adolescent years and beyond.

The sooner you are able to catch them, the better. A mental health professional with a specialization in helping children will provide them with a treatment plan and ways to help them manage their anxiety and depression as they get older.

Mental and physical health have a direct relationship

If your teenager’s mental health is not the best, their physical health may not be as good. There can be various physical effects to anxiety and depression. These include but are not limited to nausea and stomach pain (which can lead to an appetite change).

They may experience issues with breathing and heart palpitations. Panic attacks may occur, although it may be part of a disorder unrelated to depression or anxiety. There may be physical symptoms that may differ from teens to adults.

However, it’s important to look out for some of the common ones that we have already mentioned. While these are not serious physical effects, someone may feel like they’re dying if they have a panic attack. If there appear to be severe physical effects, medical attention may be required.

Identify the symptoms as soon as possible

While difficult to diagnose, even by a professional, you’ll need to look out for symptoms. For depression in teens, it’s important to consider looking for these potential symptoms they may be experiencing:

These are a list of the common symptoms a teen may experience when they are dealing with depression. What makes it a challenge to diagnose is that one of the symptoms is confused with common teenage behavior. This includes negative moods.

However, if these negative moods happen more often than usual, this can be a cause for concern. So it may be a good idea to watch out for any additional symptoms that go along with it.

Some anxiety symptoms may be the same as those for depression. However, there are others that will give you a much larger distinction between the two. Here are the common signs of anxiety that you need to look out for:

These are a sample list of anxiety symptoms to look for. Anxiety and depression can be diagnosed and confirmed by a mental health professional since they are aware of what to look for. For this reason, if you believe your teenager needs a mental health evaluation, make sure one is set up as soon as possible.

Suicide can be a possibility with depression

Depression is a serious mental disorder where the likelihood of suicide is high. Teens that are dealing with severe depression will often talk or even joke about suicide. At the same time, they may be thinking about it constantly.

It’s important to look out for any signs that suicide may occur. These include the following:

More male teens are likely to die by suicide as opposed to their female counterparts. However, in the past two years (2019 to 2021), the increase of attempted suicides by female teens have increased. Regardless, it can be due to the fact that they are dealing with depression or even other mental disorders that go along with it.

As a parent, you need to be on the lookout for any signs of suicide, even if they appear to be subtle. Professional help should not be off the table in situations like this. Be sure to have a plan in place in order to prevent suicide from happening.

Anxiety and depression in teens needs to be taken seriously. As a parent, you need to be on the lookout for anything that may point to signs that one of these disorders or both are happening. You should also do your part to help your teen in the best way possible.

Professional help should never be out of the question. You can also do your part to help your child manage their anxiety or depression so they can live a fulfilling life and be able to enjoy things once more.